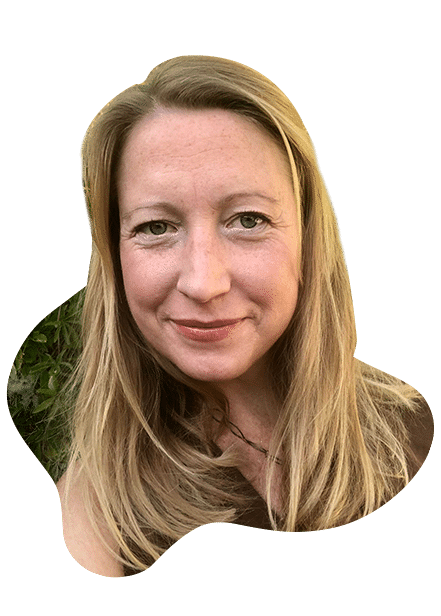 For too long, modern diet culture has been reducing the role of nutrition to waistline management

But thanks to the steady rise of nootropics—compounds that protect/enhance brain functions in some way—we can strive for a more complete understanding of sound nutrition that incorporates brain health as well.

Nootropics come in many forms, and are often found naturally in herbs (and even fungi), but a nootropic supplement can ensure you get an effective concentration of any given nootropic, plus the benefits of synergistic ingredients.

The following nootropics, along with the supplements they’re found in, are among the best nature has to offer for beating brain fog and improved focus, memory, mental clarity, and more. Best for: Memory, focus, and alertness.

Though you’ve got a whopping 28—yes, 28 brain-boosting ingredients to consider in the case of Qualia, one of the best nootropics out there, we want to highlight phosphatidylserine for its several nootropic benefits.

Our bodies already produce phosphatidylserine, but supplementing has proved effective in research.

Phosphatidylserine is a phospholipid—the type of fat molecule that comprises the cell membrane, which is about as essential as it gets.

As affirmed by this study, phosphatidylserine “safely slows, halts, or reverses biochemical alterations and structural deterioration in nerve cells,” which are caused by aging, trauma, and/or disease.

Given the foundational nature of its benefits, phosphatidylserine can help with a huge range of cognitive functions, such as memory recall (both short-term and long-term), linguistic ability, focus, and problem solving, among many others.
You can learn more about the best nootropic around at our Qualia Mind Review.

Up there with Qualia Mind for a do-it-all nootropic that can stand up to the critiques (and oh, we’ve critiqued) is Alpha Brain, a “brainchild” of Onnit.

Among other nootropics, Alpha Brain contains Bacopa monnieri, or water hyssop, and importantly no caffeine.

This herb’s medicinal use has roots in ayurveda, an ancient medical paradigm originating in India.

The key constituents of bacopa are compounds called bacosides, which exert protective effects on the brain’s neurons through the use of antioxidant enzymes, among other mechanisms.

If you wanted another big word—hey, we’re all learning here—Bacopa monnieri belongs to a class of nootropics considered to have “cholinergic” effects, meaning it can facilitate and even imitate the function of the brain chemical acetylcholine, which helps neurons communicate.

Cholinergic effects are even more important for caffeine-free nootropic stacks such as Alpha Brain, helping to fill the gap with this revitalizing effect on communication between neurons.

Best for: Achieving a focused sense of calm for productivity and/or complicated tasks.

A zen little amino acid that most people know from green tea, L-theanine is among the “OG generation” of well-researched nootropics.

When consumed appropriately, L-theanine is one of the best nootropics if you’re looking for calming, but not heavily sedative effects that can combat stress without killing productivity.

When paired with stimulants like caffeine, L-theanine is actually shown to improve task-related focus.

In other words, L-theanine takes that restless edge off the caffeine rush without negating the energy boost.

Though less immediately noticeable than the calming effect, the ability of L-theanine to facilitate nerve growth and survival by way of increasing BDNF (brain-derived neurotrophic factor) is a serious win for, well, anyone with a brain. Sorry, Mr. Scarecrow.

If you don’t have the desire or time to sip your way through a few cups of green tea everyday, Source Naturals L-Theanine delivers 200 mg of L-theanine per capsule.

Used in traditional Chinese medicine for millennia, Ginkgo biloba is one of the oldest medicinal “plants” (it’s a tree) in history.

And by “oldest,” we refer not only to the lengthy chronology of Ginkgo biloba’s historical use, but the tree’s lifespan, which can exceed a staggering 1,000 years.

According to this Ginkgo biloba fact sheet authored by George Washington University experts, studies have suggested the use of Ginkgo biloba extract in the following cases:

More studies are needed to clearly define the benefits and mechanisms of Ginkgo biloba, but it is believed that the Ginkgo extract modifies the stress hormone corticosterone and prevents uptake of serotonin and dopamine.

Given the formulation of Now Foods Brain Elevate, consider it one of the best nootropics that emphasizes a mood-boosting component.

Findings like this Alternative Medicine Review article elucidate the various benefits of acetyl-L-carnitine, which include improving the absorption of fat across the mitochondrial membrane, boosting acetylcholine (a brain chemical vital for communication between neurons), and possibly mitigating the effects of Alzheimer’s dementia.

These properties contribute to a neuroprotective effect, meaning that acetyl-L-carnitine can actually prevent and/or minimize the damage caused by neurodegenerative diseases.

Best for: Sleep, calm, and other nootropic benefits in a grab-and-go option.

Here’s a mouthful for ya—cytidine diphosphocholine.

This nootropic compound, known as CDP-choline, breaks down into choline and cytidine as it works its way through the body, both of which confer several benefits in the area of brain protection and function.

For example, CDP-choline was shown by this finding from a medical research institution in Barcelona to increase dopamine levels in the central nervous system, protect the brain against low oxygen levels (hypoxia/ischemia), and enhance learning and memory in the aging brain.

The party line applies here as well—“more research is always nice”—but in addition to these nootropic benefits, several toxicology studies have confirmed the safety and high tolerability of CDP-choline.

As we covered in our Best Nootropics for Studying, TruBrain Drinks offer a well-rounded “shot” (literally, a 1 oz shot) of nootropics, amino acids, and minerals, including CDP-choline.

We prefer TruBrain in the case of CDP-choline for how well-rounded the formulation is, and hey—shots are fun!

What is the best nootropic for ADHD?

The best nootropic for ADHD will vary depending on the person, but studies such as this one report the effectiveness of Ginkgo biloba as a potentially effective supplement in the case of ADHD. As always, consult with your care provider to see if Ginkgo biloba, caffeine, or any other nootropics can help ADHD.

What is the best nootropic for learning?

Any nootropic that can provide stimulation, focus, and neuroprotective benefits—much like Alpha Brain, Qualia Mind, and TruBrain products—is optimal for learning.

Some nootropics, such as Ginkgo biloba in Now Foods Brain Elevate, “increase” free dopamine in the brain by preventing dopamine uptake, which is essentially your brain’s way of sweeping leftover dopamine under the rug before it can be used again.

Many nootropic ingredients, like phosphatidylserine and acetyl L-carnitine, have been shown by research to help neurons function more reliably and efficiently, reducing the incidence of brain fog.

What nootropics does Joe Rogan use?

What nootropics make you happy?

Though depression is more complex than it is often portrayed—a simple dopamine shortage—for many people, Ginkgo biloba and/or citicoline are the most effective at increasing dopamine transmission and other key mechanisms related to mood.

Don’t stop your research at the term “nootropic,” as there are hundreds of products that deliver different benefits. Determine your specific needs.

When in doubt, nootropic powerhouses like Qualia Mind and Alpha Brain will give you an excellent sampling of all that nootropics can do.