It’s not impossible for ectomorphs to gain weight, and if this is you, keep reading for some science-based tips.

Not being taken seriously is one thing, but having your struggle to gain healthy weight as an ectomorph twisted into a blessing by others is downright frustrating.

Despite our obsession with trim waistlines and six-pack abs, being skinny does not a healthy person make—necessarily.

While it’s true that those of us genetically predisposed to be lean and lanky—ectomorphs—have a much harder time gaining weight, it’s not impossible.

Before we get into the mechanics, it’s important to understand why you’re skinny and why it’s so hard to gain weight, as this foundational understanding will naturally inform practical solutions.

What Is an Ectomorph?

Though it sounds like the name of a savage race of extraterrestrials from the Alien vs. Predator franchise, the term “ectomorph” denotes a skinny, lanky person who struggles to gain weight.

This body type (or “somatotype”) is contrasted against two others: mesomorphs and endomorphs.

Where ectomorphs are lanky and lean, endomorphs are stout and stocky, and mesomorphs land in the middle.

Where you land in this spectrum isn’t as arbitrary as your handedness or other genetic rolls of the dice; it’s rooted in millennia-old adaptations that have been passed on again and again.

Thanks a Lot, Grandpa!

Modern-day ectomorphs are often descended from nomadic groups of people, as being lighter and leaner made it much easier to travel over long distances and withstand hot conditions.

As such, these groups generally have smaller stomachs, lighter bones and longer limbs.

These traits also fall neatly under Allen’s Rule, which postulates that people whose ancestors hailed from hotter regions tend to be taller and lankier, as this increased surface area allows for more efficient heat dissipation.

Further confirming these findings, this study from the Grand Forks Human Nutrition Research Center in Grand Forks, ND found that ectomorphs had the “greatest respiratory exchange ratio, ventilatory equivalent for oxygen, and peak oxygen uptake” than other groups when adapting to vigorous exercise.

In other words, ectomorphs are built to travel and/or thrive in hot environments, which means they’re always inclined towards lessening the burden on their slim frames.

In addition to all the more readily apparent characteristics mentioned above (lean frame, height, etc.), ectomorphs also display a number of internal adaptations that make weight gain a tougher prospect.

A prime example is the role of insulin sensitivity in preventing weight gain.

Where diabetics—who are resistant to insulin, the hormone that allows glucose to enter our tissues—tend to gain weight more easily, ectomorphs have the opposite problem.

This is because true ectomorphs tend to be sensitive to insulin, which plays an important role in breaking down fat molecules.

Insulin sensitivity isn’t the only factor in play here, which is why low-carb diets that reduce the amount of insulin your body produces don’t help ectomorphs to lose weight nearly as effectively as other body types.

As any ectomorph who’s tried to gain weight knows, you can’t just shovel in the calories and call it good like everyone else; ectomorphs have to approach weight gain in a calculated way that addresses their unique barriers.

Some of these barriers can be circumstantial, e.g., your activity level and medical history, but the majority of ectomorphs have to contend with a standard set of obstacles, which we’ll address below.

The Calories We All Ignore

It sounds trivial at first glance, but all of the little movements we do during the day like fidgeting, rocking back and forth, and so on can burn enough calories to make weight gain even harder for ectomorphs.

According to this finding from the Endocrine Research Unit of the Mayo Clinic in Rochester, MN, the cumulative effect of “Non-exercise activity thermogenesis” is strong enough to “substantively contribute to energy balance.”

It’s also important to note that this effect was found by the study to be much more pronounced in standing than sitting.

Of course, ectomorphs are not immune to the perils of sedentary living, so we wouldn’t advocate taking drastic steps in that direction, but eliminating the more energy-expensive habits (pacing and rocking > hand fidgeting) is an excellent start.

Several diseases, syndromes, and injuries, both common and obscure, are associated with intestinal malabsorption.

For example, Celiac disease—an immune condition in which your body attacks the small intestine when you eat gluten—is commonly linked with intestinal malabsorption.

Like it sounds, this term refers to the inability of the small intestine to efficiently absorb certain nutrients, resulting in consistently low weight.

You would most definitely know if you have Celiac disease, but intestinal malabsorption can be caused by bacterial infections, medications, and other, more subtle disease/syndromes.

Especially if you haven’t always been underweight, one of these issues may be contributing to the problem.

Address the issue, and there’s a possibility that you can gain weight more easily after the fact.

This is one reason why trying to gain weight by eating a ton of food every day (without lifting weights) is much more likely to fail; the ectomorph’s body is primed to shred through fat as it is.

However, to a reasonable extent, ectomorphs can absolutely gain weight naturally if it’s mostly muscle.

To put it simply, every ounce of muscle you gain raises the threshold at which your body begins to incinerate calories.

You’ll feel hungrier, eat more, gain more muscle so you can eat even more, and the cycle will repeat itself.

It’s important not to try to bulk up before or after undergoing a weight training program, since the caloric surplus and muscle growth loop just described has to play off of itself in real-time.

Finally, it’s time to reevaluate what drives you (or doesn’t drive you) to eat.

Overweight people are motivated in times of stress to eat, even in the absence of hunger, as per this finding from Top Institute Food and Nutrition in the Netherlands.

The hormonal triggers that obese people are up against are much less an issue with ectomorphs, it turns out, which means that eating is more of a calculated affair and less a means of improving comfort (though who doesn’t love greasy food?).

Point being, it’s better to plan your high-calorie meals and snacks around a schedule and stick to it religiously, just like logging your weight, reps, and sets with the workout routine.

Discipline always trumps motivation—it’s the ability to consistently do things you don’t want to do that will dig you out of this rut and pack lean muscle onto that frame. 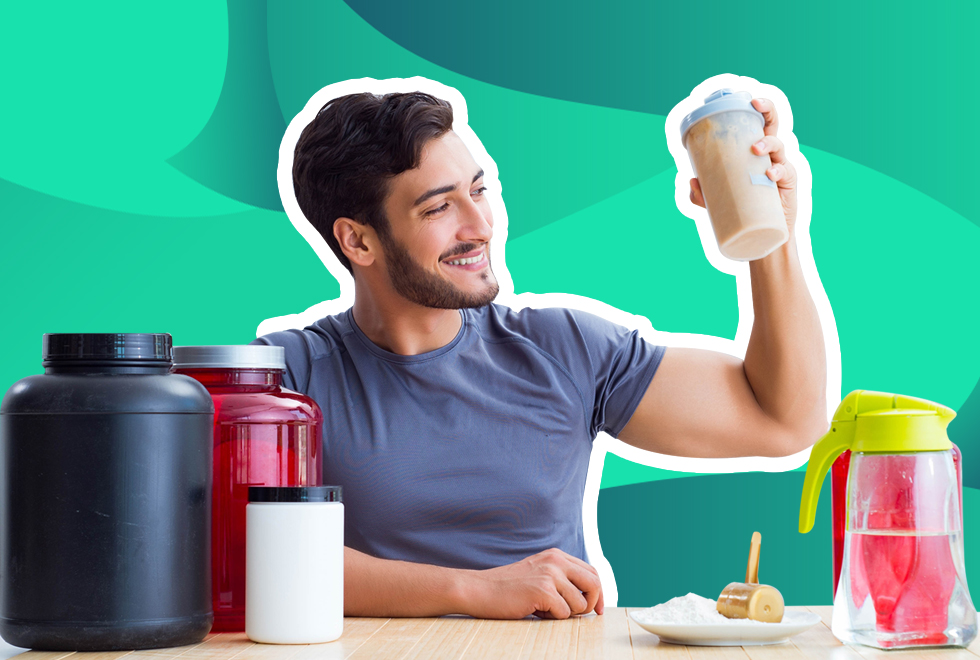